Be Careful Little Eyes Where You Linger… 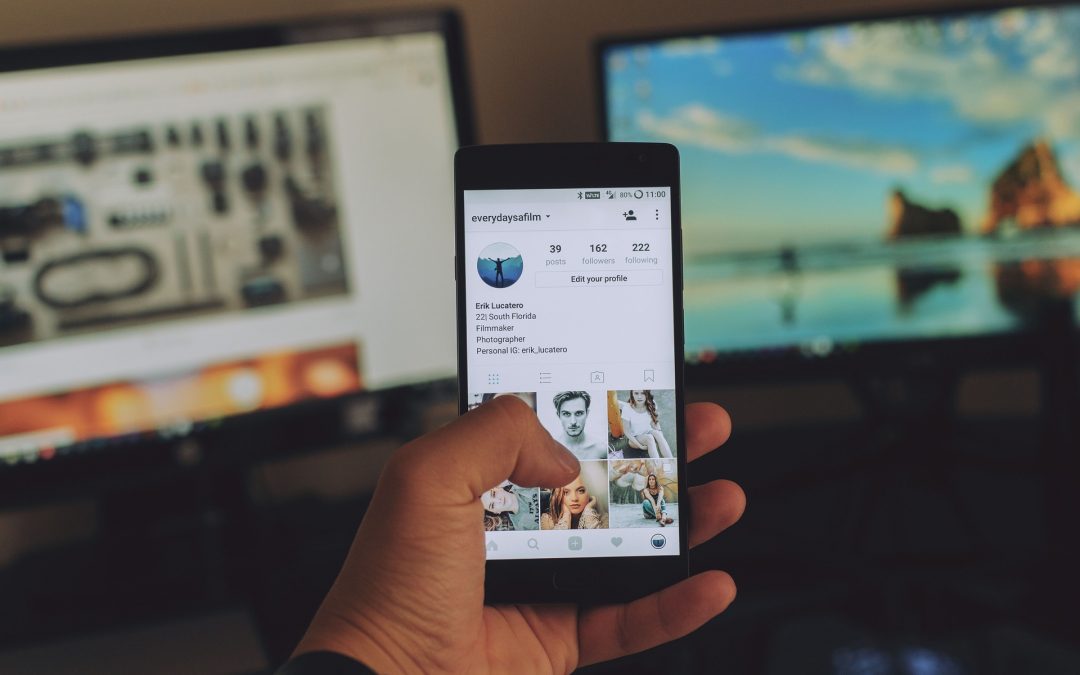 Facebook and other social media platforms use an “algorithm” to determine what to show you. Over time as you use the site, they learn about you based on your behavior and then show you things that are most likely to get you to interact.

Did you know that Facebook also knows where you linger?

That’s right. You don’t have to click on a link in order for Facebook to know that you were interested. Their software recognizes where you stopped scrolling, where you hesitated for just a moment, even if you take no action.

This is bad news for temptation.

Imagine that you’re fighting a particular temptation. Lust is a simple one. You see something on Facebook that triggers that temptation, like a link to “Top 10 Celebrity Beach Bodies.” Through great resolve and discipline, you hesitate for two seconds, but don’t click and you scroll along.

Facebook knows that you stopped. They’ve gathered a little more information about what makes you tick. About the things that you want.

We’re all born with proclivities and interests that deviate from the Lord’s will for our lives. Things that we must overcome in order to look more like Jesus. I’m talking about sin. To those that say, “It can’t be sin, I was born this way,” I say that’s what sin is. We’re all born in ways that don’t match God’s perfect plan for our lives.

Whatever your thing is: jealousy, gossip, celebrity worship, prejudice, political idolatry, religion, self-reliance—social media is programmed to find out what your heart’s secret desire is and exploit it.

While this stuff has the blueprints of darkness all over it, I seriously doubt anyone at Facebook HQ is actively strategizing to show you things you hate. On the contrary, they’re trying to show you things you like, and this symptom is just an unfortunate side effect. It’s calling into focus the unresolved battle between your mind and your heart. There’s a piece of you that does still like those things, and the algorithm is just recognizing that and trying to help you see the things you like.

That means it can and does work the other way too. If you like, share, and linger over the things of the Kingdom, they’ll show you more of that.

There are a couple of important takeaways from this.

First, we need to be so careful in our personal use of social media. The way our brain is attacked and conditioned on these platforms is so subtle, some really nasty things can seep into our thought lives without us even noticing. We can be so good at denying the outright temptations while involuntarily filling the back of our mind with junk, one little seed at a time.

Second, we need to give people more good stuff to linger over. As Kingdom agents, we can use the same strategy against the darkness. Even if unbelievers won’t yet click or respond, if we create content that just catches their attention, that gets a second look, a little linger, we can begin to shift mindsets and plow the ground for the gospel. There’s a conflict inside of unbelievers—a piece that wants God and a piece that hates Him. Let’s capitalize on the piece that wants Him, just like the darkness capitalizes on our temptations.

We can also make things easier for believers. Imagine if our young people find themselves curious and linger over Kingdom ideas as much as they linger over the link to the beach bodies. Would that make a difference? Would Jesus like that?

Until Jesus completely redeems social media, we need prepared, commissioned ministers going into social media spaces. Just like we might send evangelists to secular street festivals, we need dedicated ministers who understand the cultures of those spaces and create genuinely engaging material.

Do you want people to read about movies from someone who loves the feast of the eyes or from someone who wants to find God speaking through that art form? Then let’s get Kingdom people on it!

This is exactly what our students and alumni do. They’re seeing results. But we need more.

Let’s pray to God for more workers for this harvest field! Let’s continue to train people to do this really well, and let’s continue to instill a rock solid spiritual foundation in them so that they can withstand those subtle, manipulative attacks while they’re behind enemy lines.

Social media isn’t too much for God. Be careful where you linger. Be strong and steadfast in your resolve. But let’s trust that God is in control, He has a plan, and we’re privileged to be a part of it.

Above all else, let’s pray.