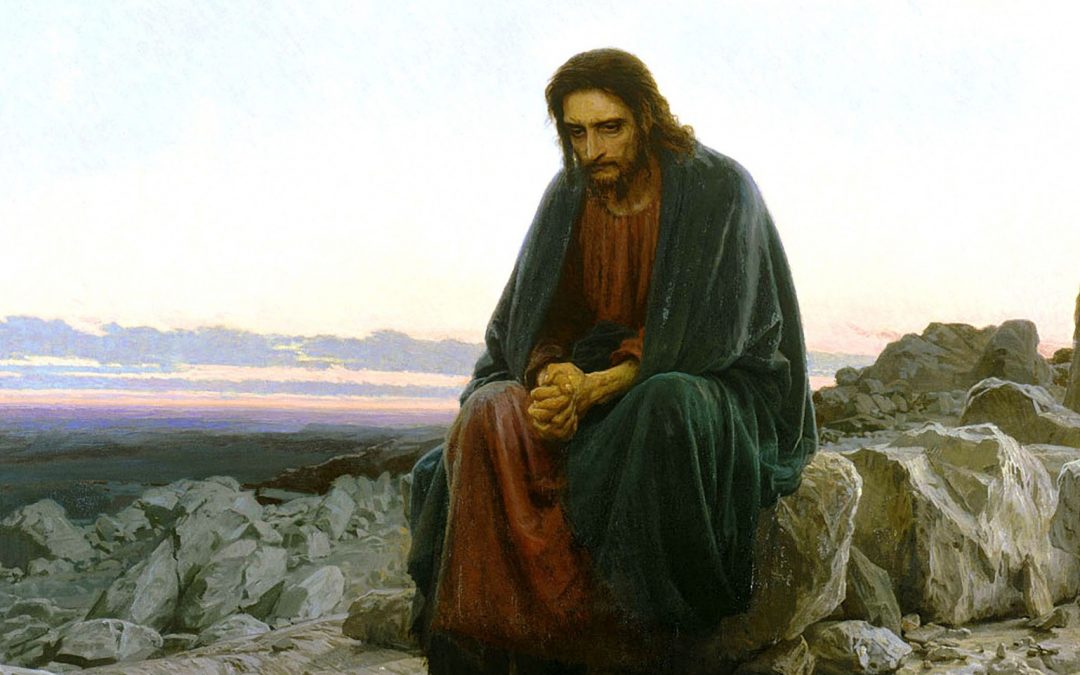 Three of the gospels record an incident in which Jesus’s mother and brothers came looking for him to bring him home. Mark 3:21 says that they had decided he was out of his mind.

Every gospel but John records this encounter. It was important to the gospel writers. Surely more is happening here than Jesus is just finding a really creative way to say “I’m busy.”

Given the culture of the day and the information Matthew, Mark, and Luke provide, we can make a couple reasonable inferences.

So what’s happening here? Mary’s family has lost the head of their household and they’ve come to reclaim him. Mary believed in Jesus’s destiny, but what was she to do? How was she to survive? Surely God wouldn’t just have him abandon his responsibility, right? He’s off talking crazy instead of fulfilling his social obligation to the family. It’s embarrassing. Everybody’s talking and it’s just wrong.

But how does Jesus respond? He says, in essence, “I have other people to care for now, not you.” By saying that the people around him were his mother and sisters and brothers, he was saying that they had a greater claim on his support than Mary did.

This is huge! He is publicly shirking the cultural expectations and proclaiming his ministry more important than any expectation of support that his mother and brothers had.

By the standards of the day, Jesus was being completely irresponsible.

Jesus wasn’t being foolish, he was being wise. He couldn’t be the head of his household and complete his ministry mission at the same time. It was only foolish by the world’s standards.

Sometimes ministry looks irresponsible from a worldly perspective. This was an issue of appearance, not of moral truth.

We can logically infer that Mary had other adult sons who could also care for her. Jesus wasn’t leaving her destitute. He also appointed one of his disciples to care for Mary in his final breaths. (John 19:26-27)

Jesus is bucking the social standards, but fulfilling his moral obligations. People will talk. But he’s taking care of it where it counts.

Sometimes God will call you to absolutely blow up your life in pursuit of your mission. People will talk.

“If God called him, he wouldn’t do it that way.” Let them talk.

Paul told the Ephesians. “Look carefully then how you walk, not as unwise but as wise, making the best use of the time, because the days are evil.” Ephesians 5:15-16

He’s echoing this same standard that Jesus set. And it begs the question, “Wise by whose standards?”

The days are evil, and the time for action is now. God has prepared good works in advance for you to do, and the time to do them is right now.

Even if it looks irresponsible.

Fulfill your moral obligations, but forget the social expectations that the world has placed on you to keep you bound. You do have a moral obligation to keep your promises and pay your debts, among other things. Fulfill those things quickly. But don’t allow the world or even the church culture to put any other standards on you that aren’t from God.

If God is calling you to give up the good job, the good house, the college fund, the 401k, the health insurance, the best friend…let them talk. Those aren’t God’s standards for your life.

This isn’t just theory for me. Melissa and I are regulars at blowing up our life to follow the call of the Lord.

In 2008 we gave up the good professional jobs and the cool apartment in the trendy neighborhood. We sold and gave away everything to follow the Lord. We lived in our car and then in the inner city. He gave us so much more.

In 2018, we did it again. We gave away our businesses and much of the life we’d built.

Those are two of the best decisions I’ve made in my life.

We can’t be two things at once. Jesus couldn’t walk out his ministry and carry those old man-made responsibilities at the same time. I can’t either. Neither can you.

Let them talk. Be as foolish as you need to be by the world’s standards.

Because I promise, if God is calling you, on the other side of the house, the job, the car, the friends…he’s waiting for you.

Want an encouraging word in your inbox every week? Sign up for our free newsletter here.